When a member of the Canadian Armed Forces loses their life while in uniform, it reminds our country of the ultimate liability serving members face in the name of duty. The fallen men and women leave behind families, mothers and fathers, husbands and wives, sons and daughters, paying the ultimate price in the name of service.

Grieving the loss of a loved one is never easy for Forces families. Together We Stand wanted to show the people closest to those who were lost that Canadians were standing with them in their grief and lending support during difficult times.

Using social media as a platform, we created Operation Fallen, allowing the civilian population to send messages of support to families, units, squadrons and crew members. With these messages, we create custom flags and deliver them to those closest to the fallen member, in hopes that they serve as an everlasting reminder that we honour their memory and will never forget their sacrifice. 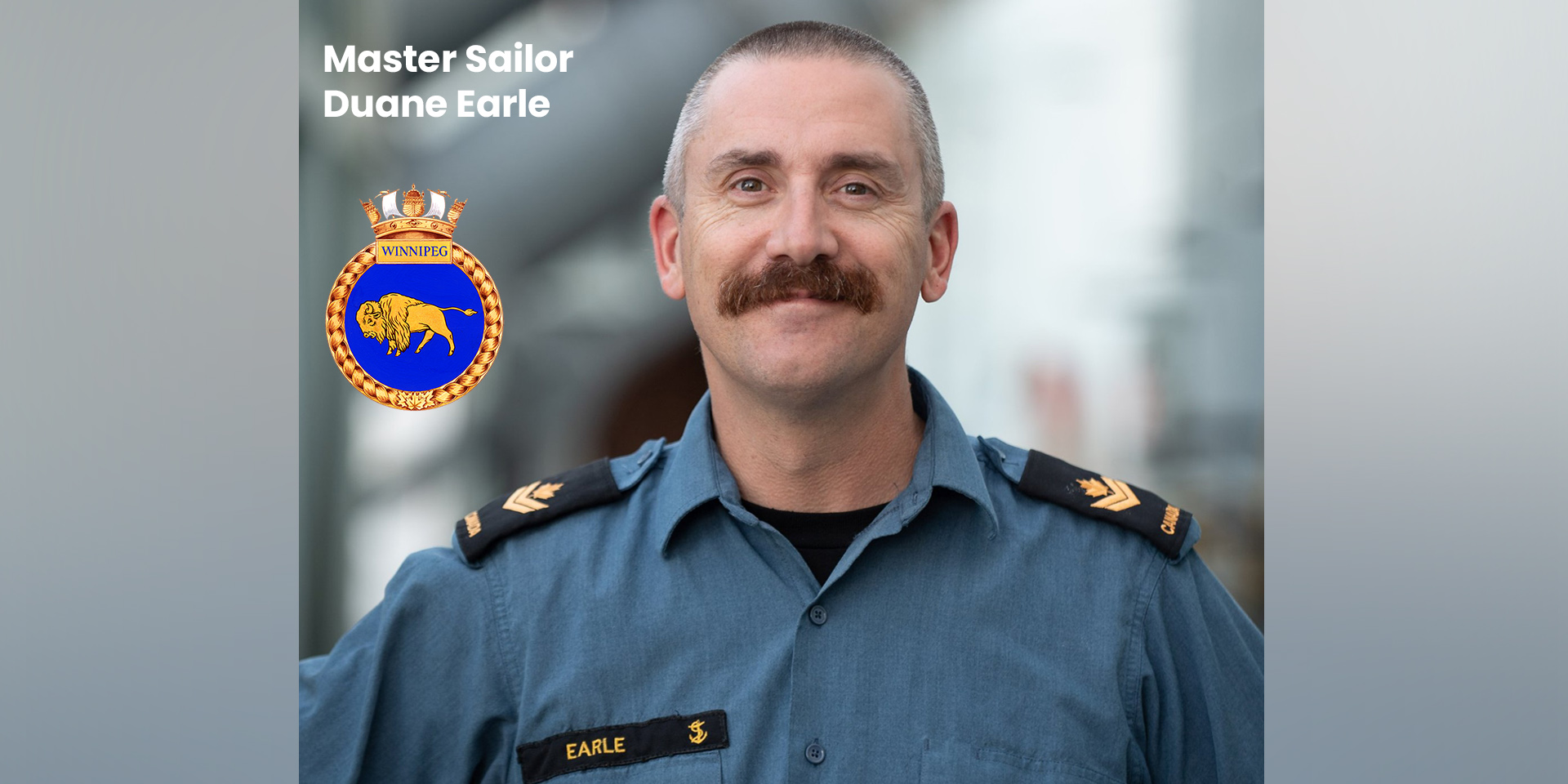 On Dec 15, 2020, the active search for Master Sailor Duane Earle, a boatswain aboard HMCS Winnipeg, was tragically concluded. Sadly, he was not found. The ship’s crew now begins their journey home, and our hearts remain with his loved ones. Let’s show that together, Canadians stand with them. 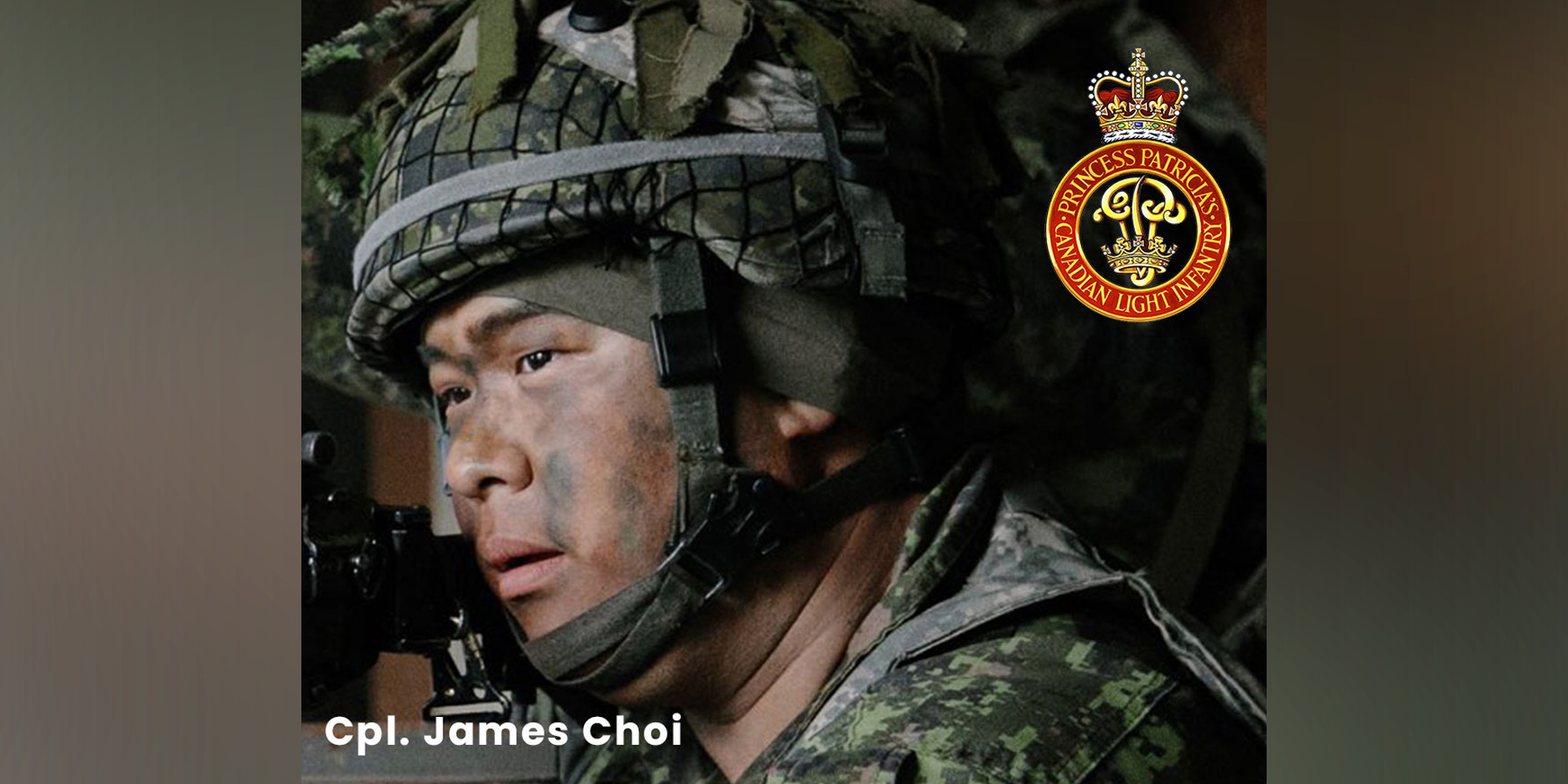 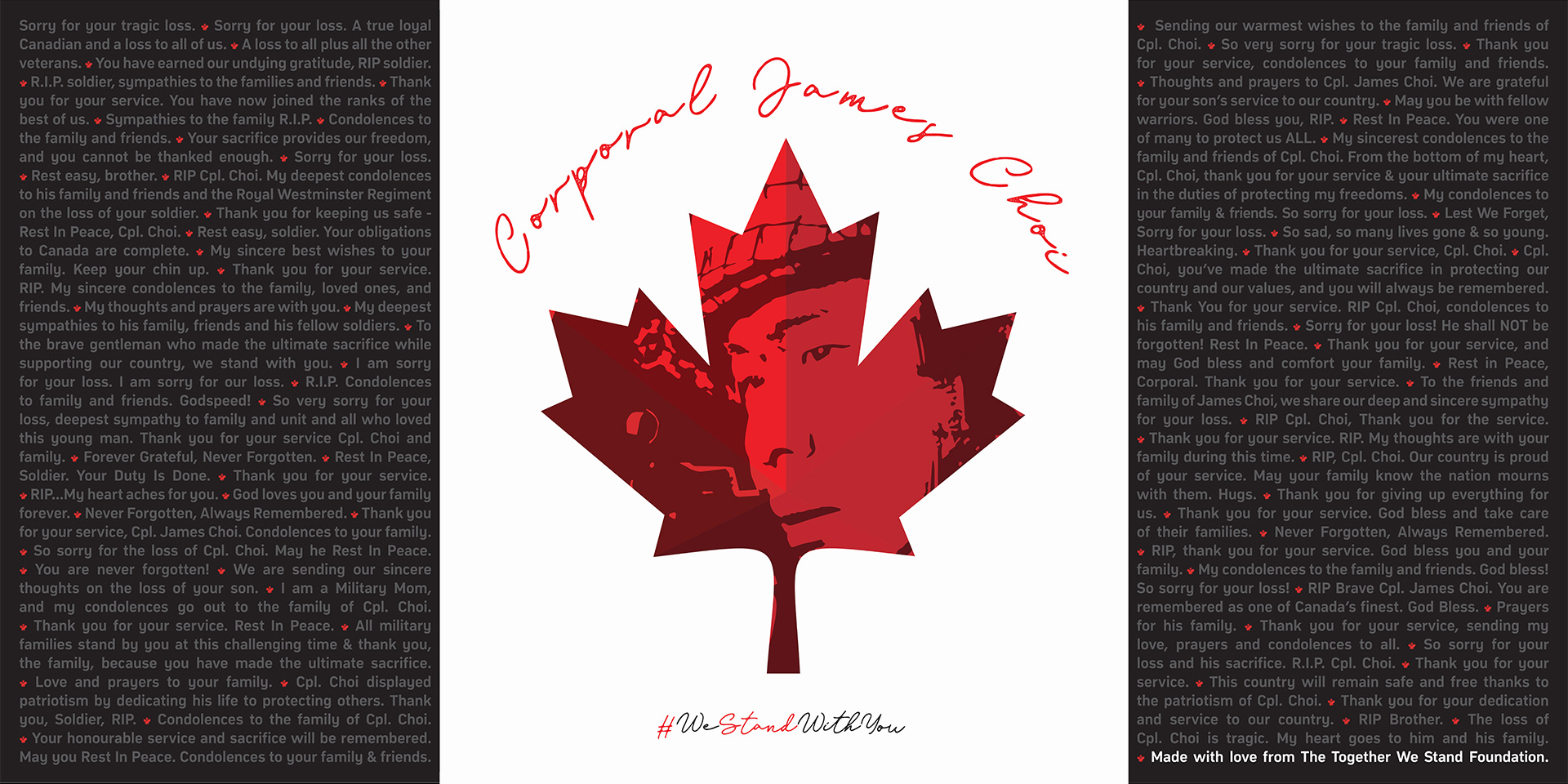 During a training exercise with the 3rd Battalion PPCLI at CFB Wainwright, Cpl. James Choi of the Royal Westminster Regiment sustained a gunshot wound at approximately 10 p.m. on Oct. 30. He sadly succumbed to his injuries the following day—another incalculable loss for the Canadian Armed Forces. 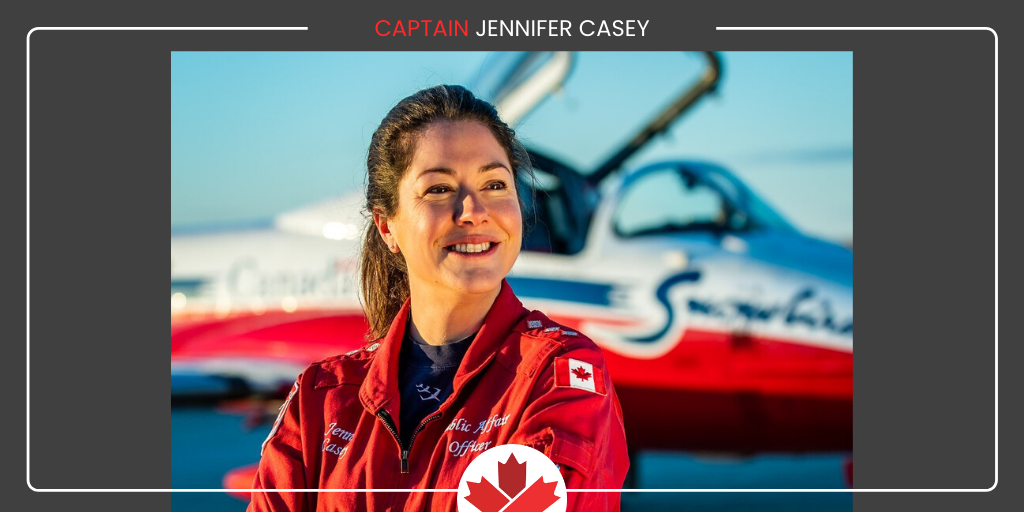 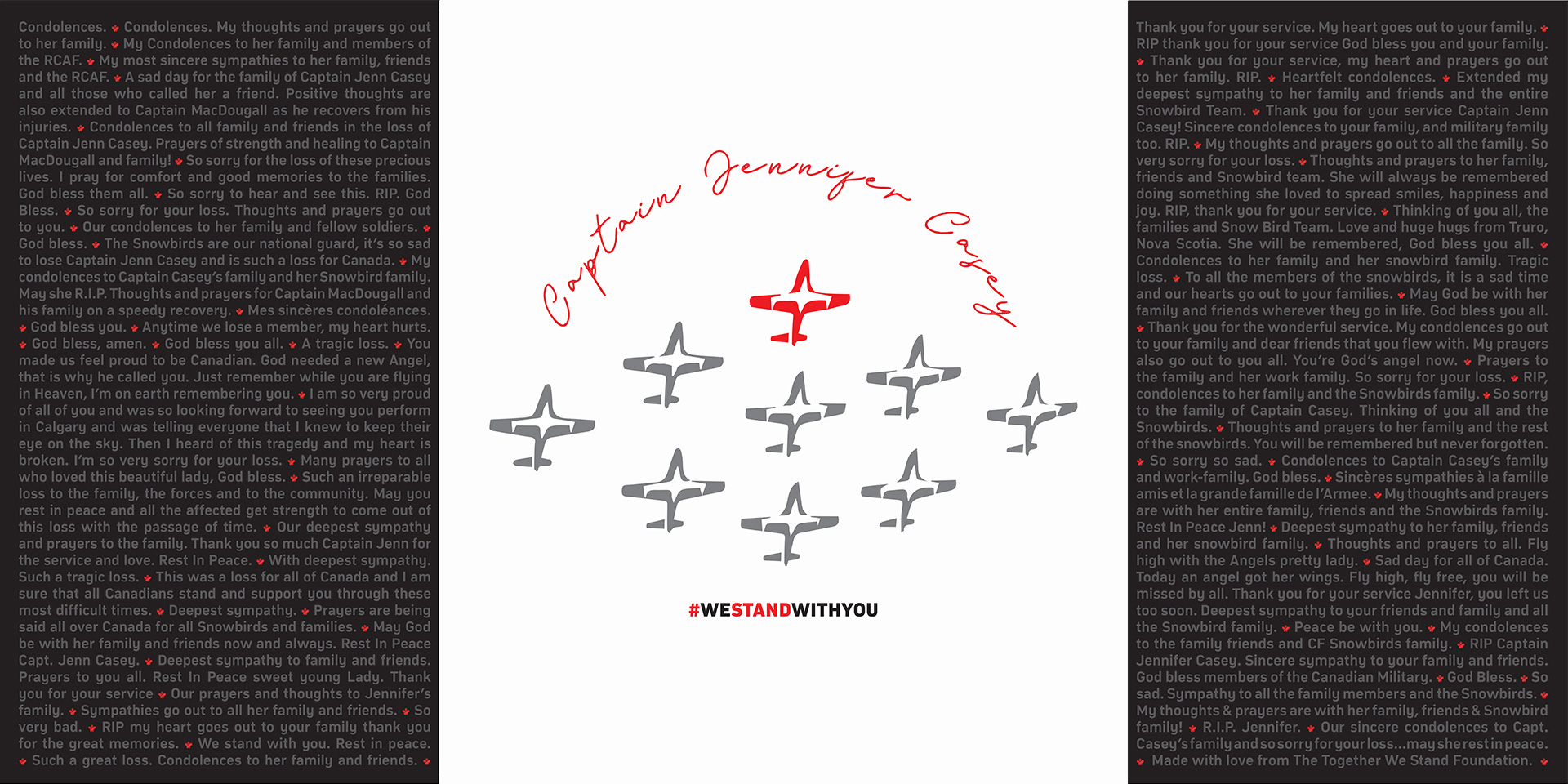 On May 17th, 2020, tragedy struck during what was supposed to be the final flight of the Snowbirds’ cross-country tour to recognize the efforts of Canadians amid the current COVID-19 pandemic. Captain Jennifer Casey tragically lost her life when the aircraft she was in crashed after takeoff in Kamloops, BC. 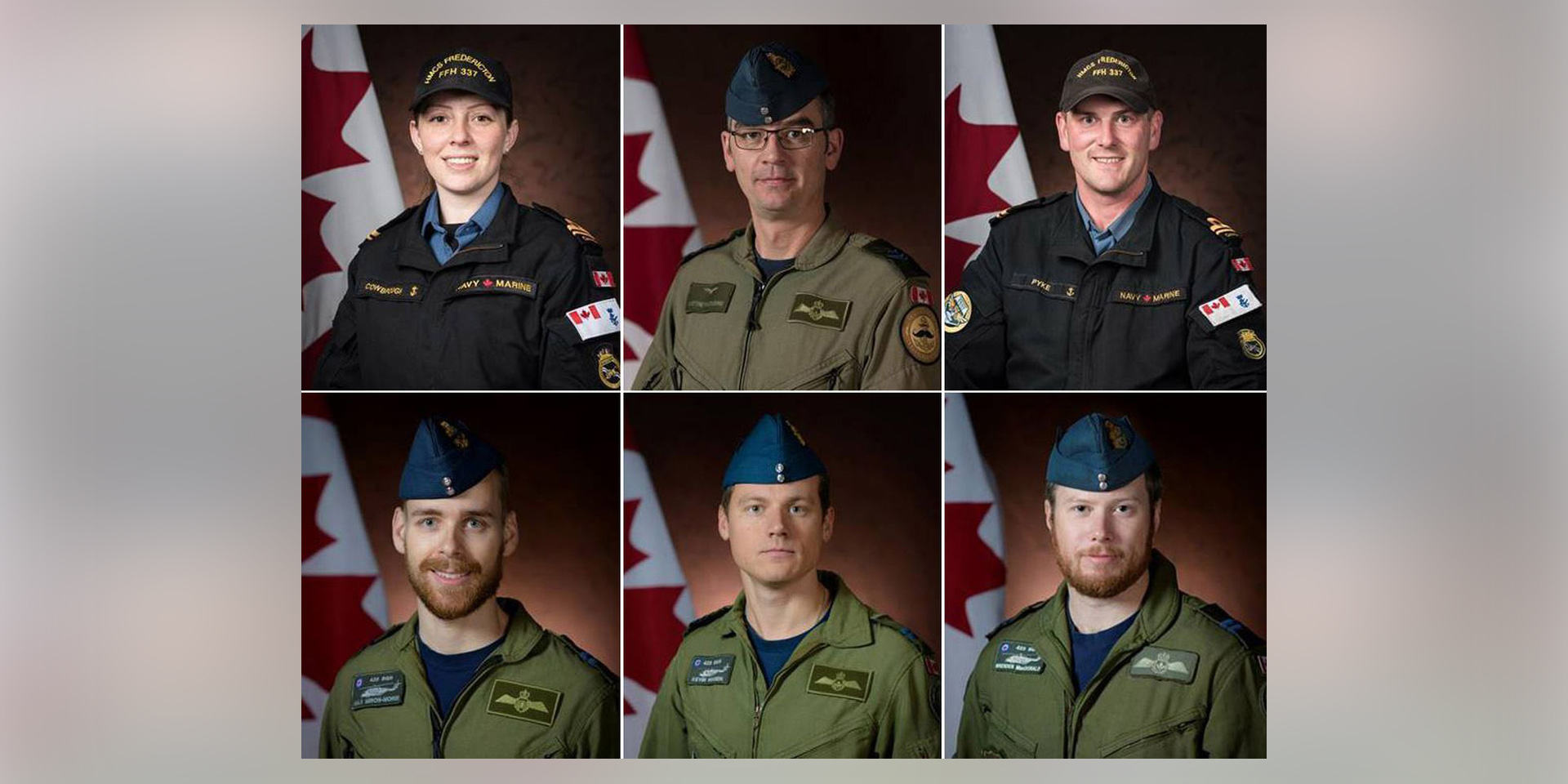 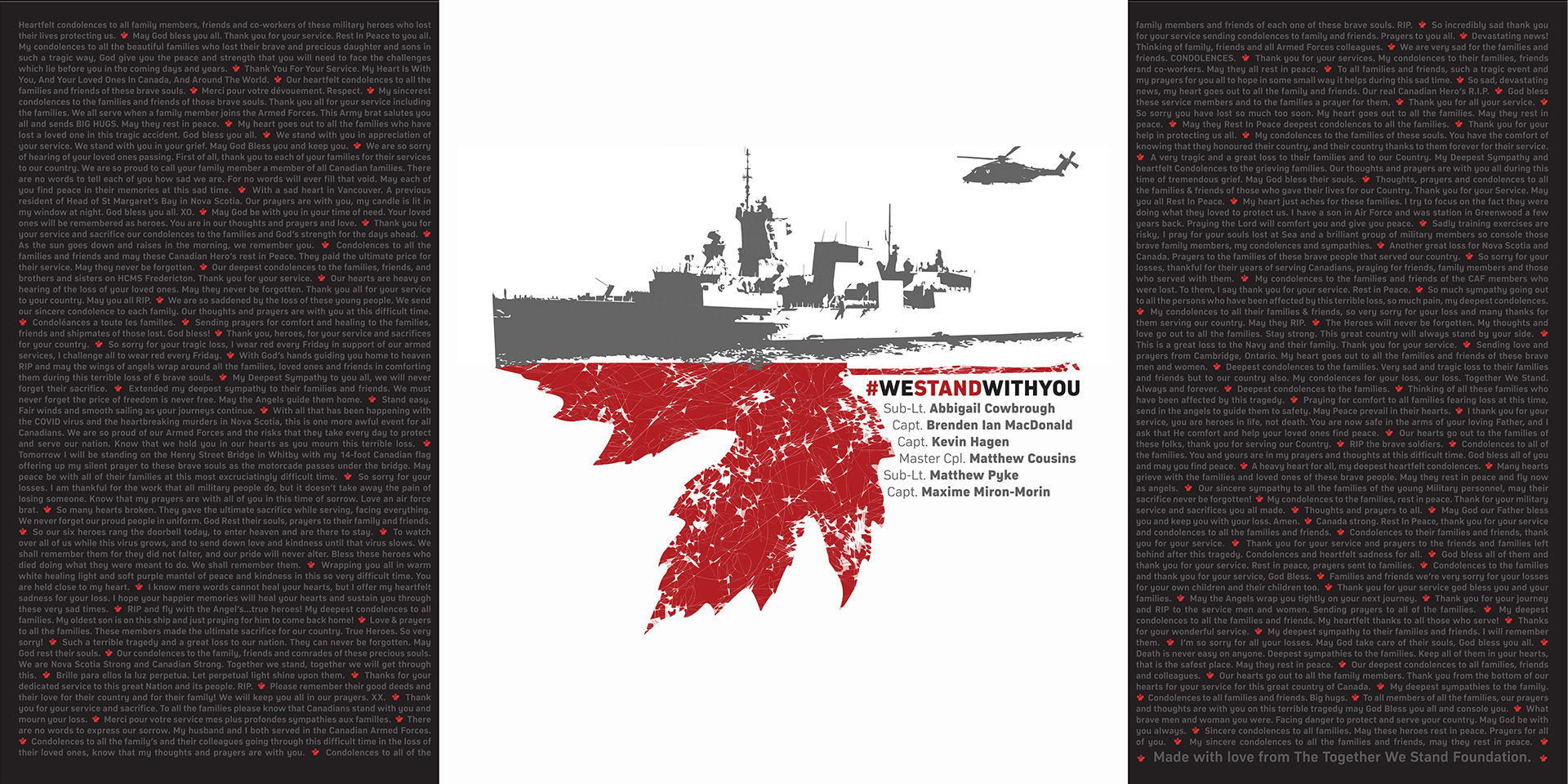 Charitable Registration no.: 777820085 RR 0001
Canadian tax receipts will be issued for all online donations. For any questions regarding making your online donation or about your tax receipt please contact us.

Sign up for our monthly newsletter to receive information about TWS Foundation.

Made with ❤ by TCCO